KUALA LUMPUR: The outcome of the recently-concluded Melaka state elections should serve as a wake-up call for Pakatan Harapan's leadership not to take the concerns of their supporters for granted, say analysts.

"Pakatan supporters are sending a message to their leaders to listen to the voices of their grassroots.

"Otherwise, their support towards Pakatan may erode by the time GE15 is called," he said.

Awang Azman opined that some Pakatan supporters believe there is no guarantee that its elected representatives will not defect to another party in future.

He referred to Pakatan's decision to field former chief minister Datuk Seri Idris Haron and Datuk Nor Azman Hassan as candidates in the Melaka state election.

"Accepting Idris and Nor Azman was opposed by Pakatan grassroots but it was ignored, causing the sentiment to spill over to Pakatan's supporters," he added.

Pakatan won a mere five seats in the recently concluded Melaka State Election, compared to the 15 it won during GE14 in 2018.

Awang Azman said the outcome of the Melaka state election would not affect the Federal Government, but he warned Barisan Nasional not to be complacent despite its landslide victory of winning 21 out of 28 seats.

"It can be a 'trap' and they could forget about the main mission, which is to win more seats in the 222-seat Parliament.

"Though the Melaka polls can be used as a yardstick on how people will vote in GE15, it does not guarantee anything and it shows that politics is very dynamic – anything can happen in future," he said.

"DAP losing seats is something unthinkable in Melaka. This is a wake-up call for all parties about how they want to approach GE15," he said.

Azmi said despite Perikatan Nasional only winning two seats – Sungai Udang and Bemban – the coalition led by Tan Sri Muhyiddin Yassin would probably be invited to participate in the Barisan-led state government.

"The state government could be more stable if they have a bigger majority. I don't see why Perikatan will not be invited," he said.

Barisan obtained a landslide victory after clinching 21 seats out of the 28 state seats it contested.

A Malay tsunami in Melaka 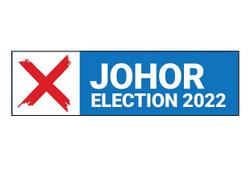 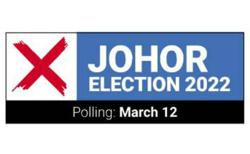