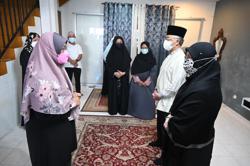 Istana Negara, in a Facebook post, said Their Majesties expressed their sadness over the fate that befell Mohamad Affendi and hoped that all his family members would be patient and resilient in the face of this bereavement.

"The Yang di-Pertuan Agong, as the supreme commander of the Malaysian Armed Forces, greatly appreciates the services of the late Capt Mohamad Affendi to the RMAF and the country.

"His Majesty also described the pilot's demise as a great loss to RMAF and the country," the palace said.

Istana Negara further stated that the Yang di-Pertuan Agong and Raja Permaisuri Agong also prayed that Mohamad Affendi's soul will be showered with the blessings of Allah SWT and placed among the righteous.

The posting added that Their Majesties also prayed for RMAF pilot, Major Mohd Fareez Omar, who was injured in the crash and is being treated at the Seberang Jaya Hospital, will have a speedy recovery.

The two pilots were on a night training flight at the runway area of the ​​Butterworth Air Base when the crash occurred at 10.07pm. - Bernama 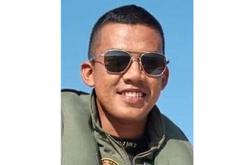 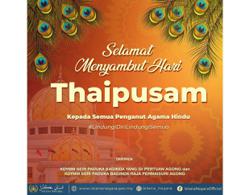