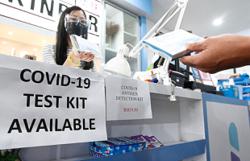 "Several companies have come forward saying that they could offer the test kits below RM10.

This was when the ministry was in the midst of discussions last week at how to further cap the ceiling price for the self test kits between RM15 and RM13,” he said.

The Domestic Trade and Consumer Affairs Deputy Minister said when tabling the Trade Descriptions (Amendment) Act 2021 in the Dewan Rakyat on Thursday (Oct 28), that some said they will be able to offer it at a price below RM10.

"I have confidence that they will keep to their promise by the end of this month," said Rosol.

He was responding to calls to further reduce the ceiling retail price of the self-test kits as the nation moves towards the recovery and endemic phases.

Covid-19 self-test kits were initially sold below RM40 per set, with the ceiling retail prices reduced to below RM20 in late September of this year.

Currently, the ceiling retail price for the self-test kits is RM19.90, while the wholesale price is RM16.

Beginning October, the self-test kits would not only be available at pharmacies and clinics, but also at other types of premises such as supermarkets and convenience shops.

Meanwhile, Rosol announced Covid-19 self-test kits would be sold in more general areas such as malls and petrol stations.

He said that the move will increase competitiveness among suppliers which will result in reduction in the prices of the product.

The government had previously announced a new controlled price for Covid-19 self-test kits, which is expected to be released before December. 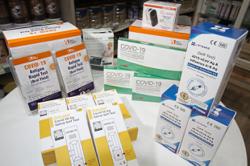 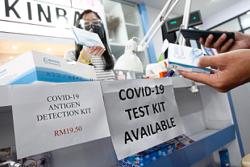