Their Majesties said they were saddened by the news of his death last Sunday (Oct 24), and hoped that his family would be patient and calm during this difficult time.

The royal couple also prayed for his soul to be blessed by Allah and placed among the righteous.

"Their Majesties are very appreciative of his devotion, service and sacrifice to the country," according to a statement on Istana Negara’s official Facebook page.

The king and queen also described Mohd Nor’s passing as a great loss to the country.

Mohd Nor, a Semai descent from Kuala Mensoon, Cameron Highlands, was the first member of the General Operations Force, a unit under the Royal Malaysia Police (PDRM) known as Senoi Praaq.

Mohd Nor who retired with the rank of Assistant Superintendent of Police, was the father of Cameron Highlands Member of Parliament, Ramli Mohd Nor and Department of Orang Asli Development (Jakoa) director-general, Sapiah Mohd Nor.

From an initial strength of 10 Orang Asli members, the Senoi Praaq team expanded to four sections in May 1956 before being upgraded to four squadrons with 256 members by May 15, 1959.

For their agility, courage, supreme jungle skills and fearlessness in facing the enemy, the team was given the nickname "silent killers", as narrated in the book "Death Waits in the Dark: The Senoi Praaq, Malaysia's Killer Elite". - Bernama 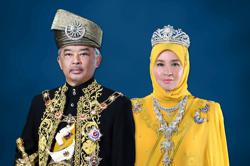