IPOH (Bernama): Datuk Mohd Nor Abdullah, father of Cameron Highlands Member of Parliament (MP) Ramli Mohd Nor and the Department of Orang Asli Development (Jakoa) director Sapiah Mohd Nor passed away in the early hours of Sunday (Oct 24) morning aged 87.

Mohd Nor breathed his last due to kidney complications, diabetes, high blood pressure and heart ailment at about 2.30 am at the Baling Hospital, Kedah.

He was laid to rest at the Tok Gobek cemetery, Pengkalan Hulu near here at about 2pm on Sunday.

The matter was confirmed by Ramli when contacted by Bernama on Monday (Oct 25).

Mohd Nor was among the first 10 personnel to serve in the Senoi Praaq General Operations Force programme which was formed and introduced by the British Special Air Service (SAS) in 1956. - Bernama 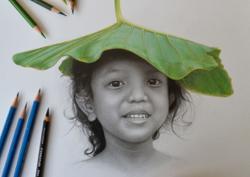