PUTRAJAYA: The fireman who lost consciousness during a flood rescue operation in Melaka has passed away.

Melaka Fire and Rescue Department director Abu Bakar Katain in a statement confirmed the death of his officer.

“He will be laid to rest at the Masjid An-Nur Muslim cemetery at 10am,” he said.

Reezal extended his condolences to the fireman’s family.

“May Allah bless his soul and reward him for all his good deeds. Al-Fatihah,” he said in his Facebook post.

On Wednesday (Oct 20), the Melaka Tengah Fire and Rescue Department officer lost consciousness during a flood rescue operation at Kampung Sungai Putat in Ayer Keroh, Melaka at about 5.30pm.

Mohd Diya was part of a rescue operation team from the Kubu Melaka Tengah station who rushed to Kampung Sungai Putat to rescue 14 flood victims trapped in their homes. 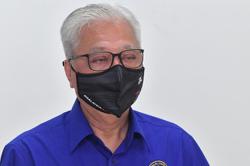 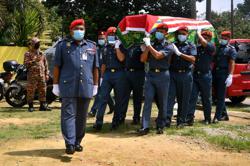