PUTRAJAYA (Bernama): Malaysia categorically rejects a statement reportedly made by an Israeli minister during a recent interview with Emirati website Erem News that claimed it may join the Abraham Accords and normalise relations with Israel.

Foreign Minister Datuk Saifuddin Abdulllah in a statement on Wednesday (Oct 20) said Malaysia stands by its unwavering commitment to support the Palestinian cause and struggle against the continued illegal Israeli occupation and systematic oppression on Palestinian land.

He pointed out that Malaysia would continue to pursue actively the Palestinian agenda bilaterally, as well as in various regional and international fora towards realising the Palestinian peoples' aspiration for freedom and for their independent state of Palestine.

"Malaysia's continuous support for the Palestinian struggle is also in recognition of the aspirations of the new generation of Palestinian fighters and activists," he added.

Saifuddin said Malaysia would also continue to provide political and moral support, as well as humanitarian assistance for the Palestinian people bilaterally and through international organisations such as the United Nations Relief and Works Agency for Palestine Refugees in the Near East (UNRWA), as well as facilitating the works of Malaysian civil society organisations for Palestinians.

According to media reports, Israel's Minister of Regional Cooperation Issawi Frej on Monday announced that Oman, Tunisia, Qatar, and Malaysia might join the Abraham Accords. 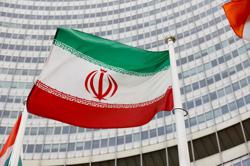