EC: Cast ballots according to time slots given

MELAKA: Voters should avoid going out all together in the morning, Election Commission (EC) chairman Datuk Abdul Ghani Salleh advises.

“If possible, let senior citizens vote in the morning and the younger people in the afternoon,” he suggested.

Electorates will cast their votes on Nov 20 to elect a new Melaka government as the state goes to the polls to resolve its political impasse.

Abdul Ghani said nomination day would be on Nov 8 and early polling would be held on Nov 16.

“For the purpose of monitoring campaign activities throughout the election period, the EC has set up 28 election task forces comprising representatives of the police, local authorities and agents of candidates,” he told a press conference after chairing a special EC meeting on the Melaka state election yesterday.

He said the Supplementary Electoral Roll, which was updated on Oct 3, 2021, would be used for the state election.

The electoral roll contains 495,196 voters, and the EC is targeting a 70% voter turnout for the state polls.

He also said the EC would introduce a guideline for the election after discussions with the Health Ministry and National Security Council.

“Voters are encouraged to cast their ballots according to recommended time slots and we will issue the proposed voting times through our system just like the MySejahtera application.

“We have also set standard operating procedure at polling centres,” he added.

The commission projects an expenditure of RM46mil for the Melaka election.

Abdul Ghani said the projected sum was calculated based on the 248 polling stations in 28 state constituencies. 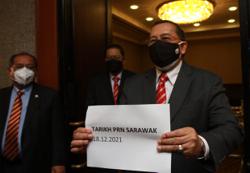 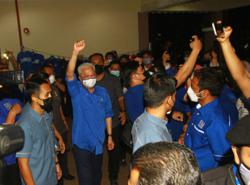