Business expansion: Razida (third from left, brown tudung) and 7Fresh general manager for northern China region Chen Jiafu (right) checking out Malaysian products on display at an outlet of the supermarket chain after the launch of the festival in Beijing.

BEIJING: Chinese consumers will have more access to Malaysian products with the launch of a commodities festival here.

Following this, over 30 categories of goods can be found on the racks of the 7Fresh supermarket chain.

The items are mainly food and beverages, including cookies, chocolate, coffee, snacks, cooking paste and sauces.

There are also cleaning products, skincare and daily necessities to be offered to shoppers.

“It is a part of Matrade’s efforts to explore potential new markets,” she added.

7Fresh, which has 37 outlets throughout China, is a subsidiary of JD.com – one of the two biggest e-commerce platforms in the country.

Razida said China is a lucrative market, especially for food products, with growing demand for imported items by its middle income class.

“These consumers have high purchasing power and are increasingly exposed to international trends.

“Imported food is often considered safer due to concerns with ingredients, safety and sanitary issues,” she said.

Razida also said improvements in storage services and logistic coverage, particularly in the second- and third-tier cities, as well as small towns had provided a new access to the vast market of consumers in the inland areas.

As at Aug 31 this year, the figure reached US$1.85bil (RM7.68bil) and the most sought after food items were bird’s nest, seafood, fruits, nuts and cereal-based products. 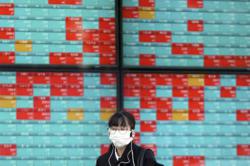 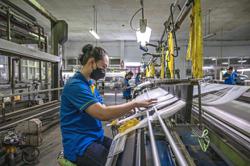