KUALA LUMPUR: Traffic at all major highways is expected to reach some four million vehicles daily following the lifting of the interstate travel ban.

"The Malaysian Highway Authority (MHA) estimates the number of vehicles at all highways will continue to increase to four million daily as many are travelling interstate.

"Some 4.5 million vehicles were on the road daily in February and March last year prior to the implementation of the movement control order (MCO)," he said when contacted on Friday (Oct 15).

"Traffic at toll plazas also increased on Thursday compared to a week before, prior to the lifting of the interstate travel ban.

Comm Mat Kasim said no unusual traffic congestion has been detected so far.

"Traffic remains smooth and my department personnel have been deployed to monitor the situation.

"We are also working with other agencies such as the MHA and highway companies to ensure that travellers abide by Covid-19 standard operating procedures (SOP)," he added.

Comm Mat Kasim said his department will focus on advocacy and total enforcement to ensure that all motorists abide by the rules and regulations so that traffic remains smooth for all road users.

Over 1.3 million vehicles on PLUS highways on Friday (Oct 15) 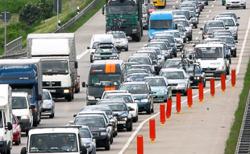 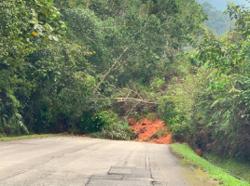