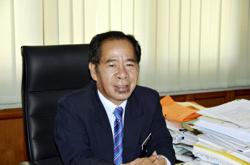 KOTA KINABALU: Sabah's wildlife investigators are racing to find the source of the cadmium poisoning that is now believed to be the cause of many elephants deaths.

"We are still in the process of finding out how these elephants got the cadmium in their systems," Sabah Wildlife Department director Augustine Tuuga said.

"Hopefully if we can find it soon. The sooner we can have answers, the better," he said when contacted Tuesday.

For the first time after years of inconclusive results on the deaths of Borneo pygmy elephants, wildlife conservationist found evidence of cadmium poisoning.

The National Poison Centre detected the high levels of cadmium in the kidneys and livers of three elephants that died recently in Sabah.

Since Sept 14, five Borneo Pygmy elephants - including three in the last two weeks - were found dead in the Kunak and Kinabatangan districts.

None of Borneo pygmy elephants were found with any visible injuries and suspicion remained on poisoning.

On Monday, State Tourism, Culture and Environment Minister Datuk Jafry Ariffin said that the poison centre's analysis did not find any insecticide or herbicide in samples taken from the elephants.

Jafry said that they were still investigating the source as it was unclear how the elephants had so much cadmium in their livers or kidneys as there were no industries in Sabah that produced and dumped cadmium waste into the environment.

Sabah's gentle giants, numbering around 1,500 in the wild, had been facing threats from poaching and human-elephant conflict while many died of unknown causes over the decade. 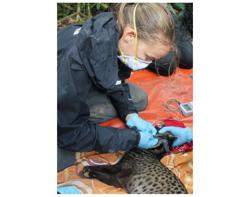