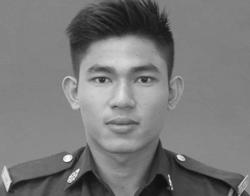 "The committee will be tasked to ensure a thorough and transparent investigation into Muhammad Adib's death.

"The formation of the committee shows the government's commitment towards ensuring justice for Muhammad Adib," he said in a statement on Saturday (Oct 9).

The decision to form the committee was made during the Cabinet's meeting on Friday (Oct 8), he added.

"The committee will be given six months to produce findings and recommendations that will be tabled at a Cabinet meeting," he said.

Muhammad Adib, 24, who was a member of the Emergency Medical Rescue Services unit from the Subang Jaya Fire and Rescue Station, sustained serious injuries during a commotion at the Sri Maha Mariamman Temple in USJ 25, Subang Jaya on Nov 27, 2018.

He died 21 days later on Dec 17 at the National Heart Institute.

On Sept 27, 2019, the Shah Alam Coroner's Court ruled that the fireman's death was the result of a crime committed by more than two or more unknown persons.

Home Minister Hamzah said the IP was submitted after the police carried out an investigation based on the Coroner's Court verdict that Muhammad Adib's death was the result of a criminal act.

The suggestions were, firstly, to charge 12 suspects under Section 143 of the Penal Code, as they were rioting and allegedly attacked Fire and Rescue Department officers.

"Second is to hold another inquest for further investigation if it is agreeable with the AG, according to Section 339(2) of the Criminal Procedure Code," said Hamzah.

In April 2019, police arrested 12 suspects in connection with the suspected assault of Muhammad Adib following a riot outside the Sri Maha Mariamman temple in Seafield, Subang Jaya, on Nov 27, 2018. 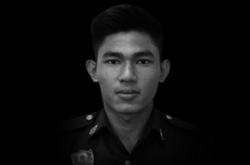