IPOH: A 39-year-old policeman has been charged at the Magistrate's Court here for making a fake police report.

L/Kpl S. Varathraju Pillai pleaded not guilty before judge Noor Azreen Liana Mohd Darus after being read the charge under Section 182 of the Penal Code here on Friday (Oct 8).

He was said to have lodged the report which was received by L/Kpl Aminah Berahim at the central police station around 3.30pm on Aug 27.

His lawyer, Amrick Singh Sandu requested for bail to be set at RM1,000. 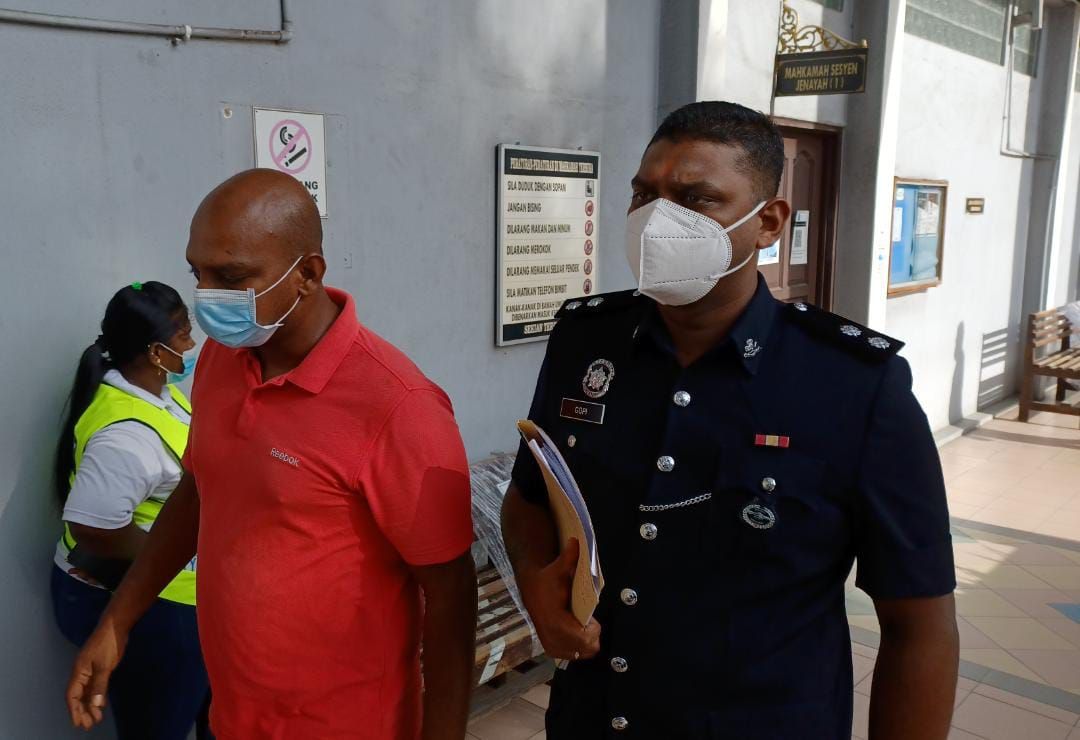 "Varathraju is a civil servant who earns about RM2,000 monthly.

"He is taking care of two children aged 10 and 13 years old, and also his 61-year-old elderly mother," he said.

Noor Azreen Liana set bail at RM2,000 with one surety and Nov 11 for mention.