TANJUNG MALIM: All schools are being checked to ensure they are properly ventilated as preparations to reopen schools enter its final stage, says Datuk Dr Mah Hang Soon.

The Deputy Education Minister said schools nationwide were being checked and there had been no issues so far.

"We are going around (the country) to check schools and to monitor the matter closely.

"It’s been so far so good," he said after visiting the public vaccination centre for teenagers in SMK Proton City here on Friday (Sept 24).

Dr Mah also said schools that had air conditioners had been advised to set the temperature to an adequate level.

"We advised (schools) to use a temperature that was not too cold.

"The temperature should be kept at between 23 and 26 degrees Celsius,” he said, adding that proper ventilation was also of paramount importance.

On the programme at the school, Dr Mah said 127 students would be getting their first dose.

"Today is the first day of the programme here. Overall, the students are excited to be vaccinated," he said. 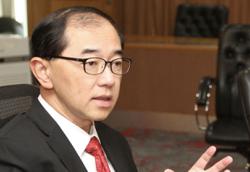