KUALA LUMPUR: Malaysia is being used as a transit country for the illegal trade in rhino horn, says the wildlife trade monitoring group Traffic.

"South Africa has made six seizures since July 2020, all reportedly destined for Malaysia. These six incidents resulted in the confiscation of 393kg of rhino horn.

"The analysis also showed that Vietnam had been implicated in the most seizures within the region – almost 60% of all 217 incidents since 2010.

"In 2020 alone, Vietnam was implicated in eight of the 14 seizure incidents linked to the Southeast Asian region," she said adding that Vietnam also made Southeast Asia's largest single confiscation by weight in July 2021 with Customs at Da Nang port finding 138kg of horns amongst three tonnes of wildlife bones, including from lions which arrived from South Africa.

Recently, Malaysian authorities made their largest seizure of rhinoceros horns with the arrest of two men near the Kuala Lumpur International Airport (KLIA).

In a recent report, Traffic said that the two men were arrested on Sept 9 and that the horns were being forensically tested, and their provenance investigated.

With this seizure, more than 3.2 tonnes of horns and an additional 314 whole, partial or fragments of horn had been confiscated in 217 incidents linked to Southeast Asia from January 2010 to September 2021.

"More than half of these seizures took place in nine Southeast Asian countries and accounted for almost two-thirds of the total weight of horns seized since January 2010.

"Brunei was the only Asean country not linked to seizures," the report said, adding that the remaining confiscations were made by non-Asean countries, implicated along the trade route.

Kanitha said this cast a spotlight on Southeast Asia's role in the illicit global trade of rhinoceros horns and how important it is to address both supply and demand here if rhinoceros' were to be saved.

"Across the world, confiscated horns are reported either by the number of individual horns, horn pieces or weight.

"Countries are implicated as the source, transit points or destinations for these trafficked horns," she said, adding that Traffic's analysis of publicly reported seizures of horns and horn pieces linked to Southeast Asia between 2010 and 2021 showed fewer separate incidents in recent years but greater weights seized.

She said last year a high of 460 kg rhino horns were recovered from 14 seizures, compared to 402 kg horns from just eight seizures in the first nine months of 2021.

"If this pattern continues, rhino horn trafficking is likely to reach a new all-time high by the end of this year.

"The numbers paint a bleak picture on World Rhino Day as rhino populations in the wild continue to plummet due to poaching and trafficking, driven by demand for rhino horns in traditional cures," she said, adding that these findings are a cry for authorities to leave no stone unturned.

She also said Southeast Asia must go beyond vigilance to in-depth investigations that can uncover the people behind the networks, their finances and their links with other areas of crime. 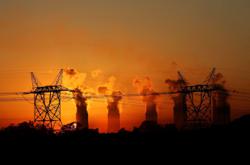