He said the decision was made jointly with the Health Ministry after daily Covid-19 numbers began to fall in the Klang Valley along with the increase in vaccination rates among the residents and improved capacity at the hospitals.

During the operation, the army had mobilised 1,080 personnel for various duties in red zones in Klang Valley, he added.

“With the end of the operation, the army will now focus on other Covid-19 operations around the country,” Hishammuddin said in a statement here yesterday.

The senior minister said this included setting up of more field hospitals in states identified by the ministry as well as increase the Combat Media Vaccination Team to help the ministry with the administration of the vaccines, especially in rural areas around the country.

The army, he added, would also increase its capacity to administer vaccines to members of the public at drive-throughs. — Bernama 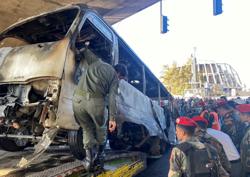