Low Guo Nan getting his shot, of either a vaccine or placebo, as part of a volunteer in the study.

IPOH: The vaccination status of volunteers who are part of the Covid-19 Phase Three clinical trial should be updated in the MySejahtera application to avoid any problems in the future, says the Perak MCA public service and complaints bureau.

Its chief Low Guo Nan said the volunteers were informed that they would be receiving physical vaccination cards only upon the completion of the two doses of either vaccines or placebos under the extended crossover and booster study.

There will be a number listed on the card for them to call, if any of the volunteers face any problems with the authorities.

"My question is, why is it not possible that the status cannot be uploaded in the application itself to avoid any issues, because some parties may not be aware of the trial, while some of them may just refuse to call the number provided," he said.

On Sept 4, Low, who was also one of the volunteers, said to ensure the 3,000 volunteers were all vaccinated, he was informed that the clinical trial studies would be converted to "extended crossover and booster study".

Thus, volunteers who received vaccinations would get a booster and placebo shot each, while volunteers that received the placebo, would receive two doses of the vaccination.

It was reported on Jan 22 that thousands of Malaysian volunteers were screened for the clinical trial, which also involved nine Health Ministry hospitals.

Malaysia was the first country outside China to trial the vaccine, which was developed by the Institute of Medical Biology, Chinese Academy of Medical Sciences in China. 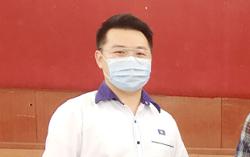 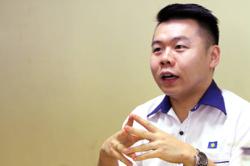