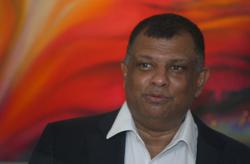 PETALING JAYA: A few airasia Ride customers on Merdeka Day (Aug 31) were surprised by their driver that day, who turned out to be none other than prominent banker Datuk Seri Nazir Razak.

In an almost nine minute-long video on YouTube, Nazir, who is also former CIMB chairman and group CEO, is seen picking up passengers over a four-hour 'shift'.

"I have Datuk Seri Nazir driving me, that's unusual," a female passenger is heard saying on the video as she updates her social media feed.

Nazir also obliges to take selfies with passengers when asked.

Nazir tells Kamarudin that passengers who chose him as their driver would get a free ride.

"The advantage of requesting for me is that it's free. Apparently I'm not licensed, so I cannot charge," Nazir says.

The duo also talk about Malaysia post-Merdeka and the state of the country today.

They also discuss race and religion and the importance of education.

Later Nazir talks to the camera and says he "earned" RM67, without tips, after driving for more than four hours.

"So, I think if I really put my back into it, I could probably do RM250 a day. Work six to seven days.

Nazir also says he had many interesting conversations and customers on his drive.

"I asked them questions and they bantered. If I have free time, I'd be quite happy to ask Tony Fernandes (airasia Group chief executive officer) to arrange it again," he says.

Airasia Ride services were also extended to Langkawi as of Thursday, and there are plans to launch at other cities across the nation in future.

Airasia Ride is the newest e-hailing service in town and has received more than 5,000 driver applications. 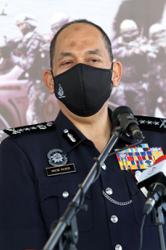 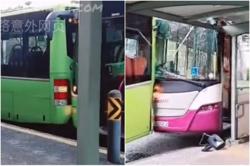