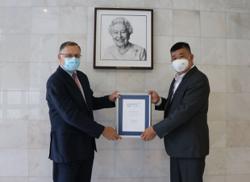 KUALA LUMPUR: Social activist and philanthropist Kuan Chee Heng, better known as “Uncle Kentang”, has received a prestigious award from the Queen of England as recognition of his exemplary voluntarism and service to the community.

Kuan was presented with the Commonwealth Points of Light award by British High Commissioner Charles Hay on Queen Elizabeth II’s behalf in a simple ceremony in Kuala Lumpur.

The 57-year-old said he was surprised when he was first informed of the news.

“When I began this journey of service, my motive was not to get any form of reward or recognition, but purely to make a difference in the lives of those who needed help.

“I was supported in my efforts by a group of wonderful people who put service before self. Getting this award is an honour – not just for me but for my great team of volunteers who share my passion.

“The award belongs to all donors and Malaysians who work hard and support all initiatives taken to uplift the quality of living,” he said, thanking the Queen for the award.

Besides community service, Kuan also provides transport and ambulance services, free hearse and funeral services, for the poor and the Orang Asli.

“I hope the award will pave the way and inspire more individuals, NGOs and corporations to come forward in extending welfare and humanitarian assistance, not only to their fellow Malaysians but also to refugees and UNHCR cardholders on humanitarian grounds.

“With the current restriction due to the pandemic, refugees and UNHCR holders are suffering even more,” he said.

Kuan became known as Uncle Kentang from the days when he started distributing potatoes to the poor.

He is also known as the 10-sen man because he offers a 10-sen ambulance service, a 10-sen taxi service, as well as sells items for 10-sen at a flea market to alleviate the financial burden of the poor and needy.

“The award is a fitting acknowledgement of Mr Kuan’s tireless efforts in helping those in need,” said Hay. 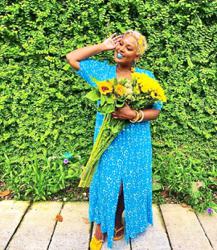