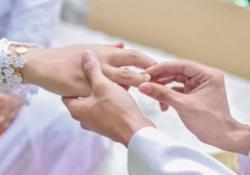 TUMPAT (Bernama): Police have managed to solve a robbery case involving a 63-year-old woman in under 24 hours after arresting four suspects on Monday (Sept 13) and early Tuesday (Sept 14) morning.

Kelantan police chief Deputy Comm Datuk Shafien Mamat said the woman had reported losses of RM170,000 when she was robbed of her jewellery at her home in Kampung Berangan here at 10am on Monday.

"Two suspects wearing helmets entered the victim’s house with parangs and one of them threatened her by placing the parang at her neck while he covered her mouth with his hand,” he said, adding that the suspects then took her RM90,000 necklace, and two gold bracelets worth RM20,000 and RM60,000.

Preliminary investigations revealed that one of the suspects had been a neighbour who rented a house near the victim to conduct surveillance on her before the robbery.

The suspects have been remanded for six days till Sept 19 to facilitate investigations, he added.- Bernama