Meanwhile, former IGP Tun Mohd Hanif Omar said Zaman Khan's remains would be taken to the Bukit Aman Mosque for funeral prayers and that the burial is scheduled at the Bukit Kiara Islamic Cemetery here after the Asar (afternoon) prayers.

Zaman Khan, among others, was Bukit Aman CID director from 1989 to 1993 and had handled a number of high profile cases including the cases of notorious robber Botak Chin (Wong Swee Chin) and gangster P. Kalimuthu or Bentong Kali.

He had also served as the Selangor police chief from 1975 to 1978 and ended his career in the uniformed forces as the director-general of the Prisons Department in 1997.

Prior to taking over as Selangor police chief, Zaman Khan was also involved in handling the Japanese Red Army hostage situation here in August 1975. - Bernama 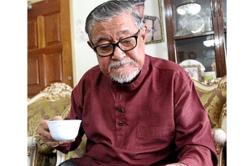