The guests began arriving an hour earlier at about 1pm yesterday so that they could undergo Covid-19 swab tests before the start of the proceedings.

Prime Minister Datuk Seri Ismail Sabri Yaakob could not attend the ceremony as he is in self-quarantine for having been a close contact of a Covid-19 patient.

During the ceremony which lasted about an hour and 30 minutes, the ministers and deputy ministers took their oaths in several groups before the King, who presented them with their instruments of appointment.

They then proceeded to sign their instruments of appointment which were certified by Chief Justice Tan Sri Tengku Maimun Tuan Mat and Chief Secretary to the Government Tan Sri Mohammad Zuki Ali.

MCA president Datuk Seri Dr Wee Ka Siong was among the first group of seven ministers who took their oaths before the King. 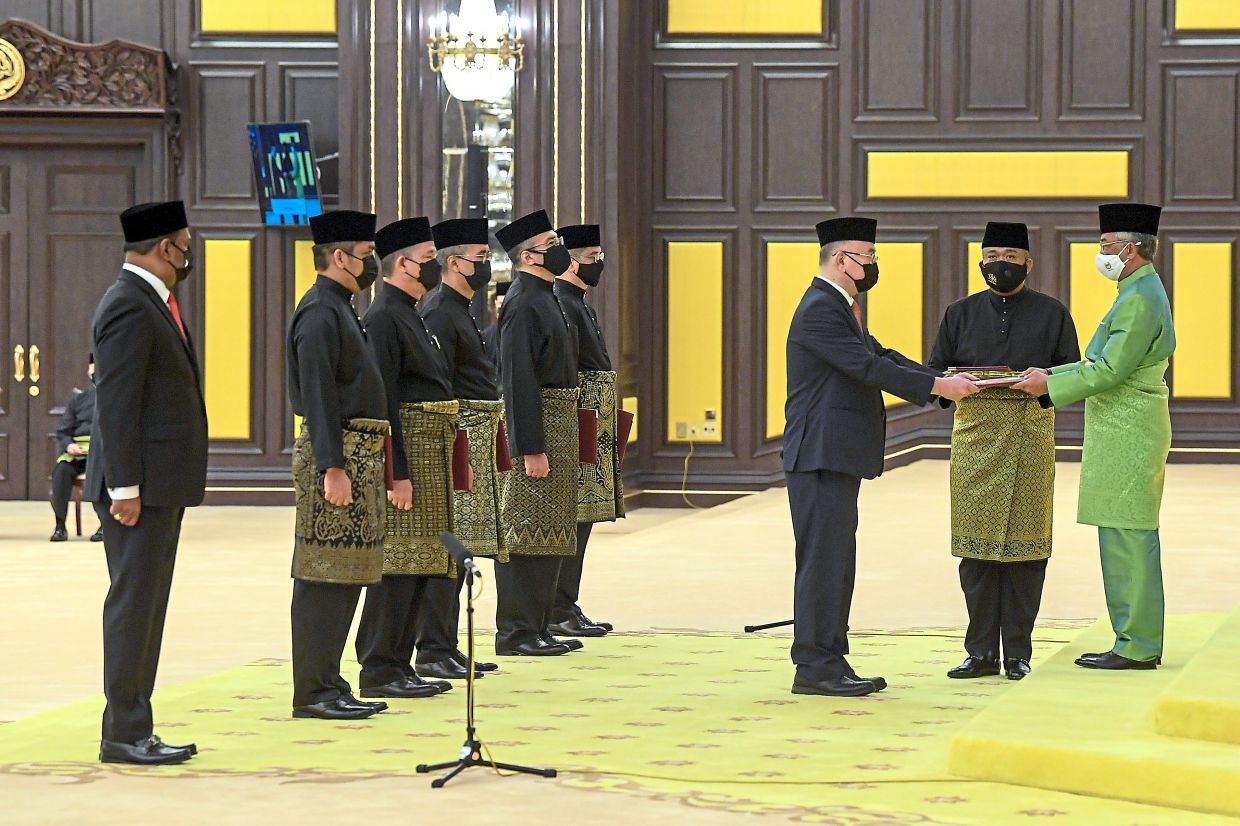 The second batch of ministers then took their oaths.

The deputy ministers then took their turn in groups to take their oaths of office, loyalty and secrecy before the King.

It is understood that Tan Sri Noh Omar could not attend the ceremony as he was under self-quarantine, while Second Deputy Education Minister Datuk Mohamad Alamin could not attend after he tested positive for Covid-19.

The Cabinet line-up was announced by Ismail Sabri on Aug 27, seven days after he took the oath of office as the ninth Prime Minister before His Majesty on Aug 21.

He replaced Muhyiddin, who resigned on Aug 16.

The ministers and deputy ministers, some of them accompanied by their spouses, were fully masked, while the event was held in strict accordance with the Covid-19 SOP.