SHAH ALAM: A total of 536.7ha of the Kuala Langat North Forest Reserve (KLNFR) has been approved to be degazetted, with 45% of the original 991.9ha land facing a change in status.

"We took into consideration the objection of the Orang Asli groups as well as the importance of biodiversity, thus, only part of KLNFR will be degazetted.

Meanwhile, Hee also said that 581.48ha of land in three areas had been approved as a forest reserve replacement.

"Generally, Selangor has maintained more than 30% of the land in the state as forest reserve land," he said.

After taking into consideration the degazetted land and the forest replacement land, the total forest reserve land is 20,255.36ha, an increase of 47.97ha. 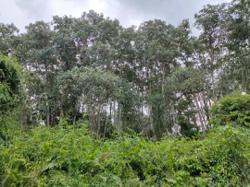