By IMRAN HILMY and GC TAN

The roads at Seri Perigi hill and waterfall recreation park, Kedah were destroyed due to floods.

"About 600 victims from several villages in Teluk Kumbar were affected by flash floods on Wednesday (Aug 18)," he said.

He said Civil Defence personnel had been deployed to the affected area since 6pm.

"A temporary transit centre at Al-Barakah Hall in Masjid Makbul will be opened," he said. 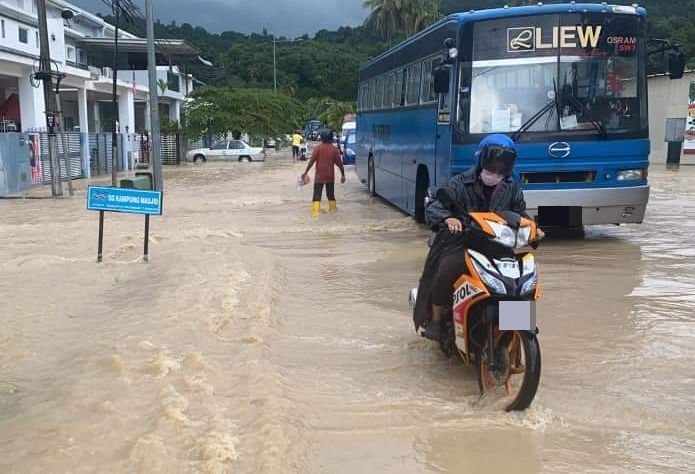 In ALOR SETAR, flash floods forced the evacuation of villagers living near the foothills of Gunung Jerai.

More than eight villages as well as housing estates around Yan, Gurun and Merbok towns were hit by flash floods following a downpour that began at 3pm on Wednesday.

Kedah Civil Defence Force public relations officer Norashikin Zawawi said personnel were monitoring the situation and would carry out rescue or evacuation tasks if villagers needed to be relocated. 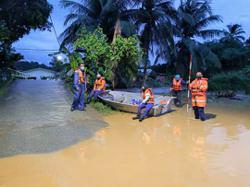