He said that to date, more than 500 schools in Serian, Bau and Kapit had received the computers which would introduce the schoolchildren, especially in the rural areas, to the digital world through home-based teaching and learning without the need to have Internet access.

“The computer is not like a day-to-day computer that we are using but works as an intranet network and ensures learning can still happen even if there is no Internet connectivity.

“Pupils can connect their tablets to the computer server within a 10m radius to access the pre-loaded learning materials or materials loaded to it by their teachers,” he said after handing over the Raspberry Pi computers to 22 schools in Selangau district at Dewan Penghulu Balang in Sekuau here yesterday.

Dr Annuar said the number of Raspberry Pi computers allocated to each school ranged from five to 25 units depending on the number of students.

He said Sarawak Information System Sdn Bhd (SAINS), a company wholly owned by the state government, would provide technical services while his ministry would provide the pre-loaded learning materials.

Training will be provided to the teachers including on setting up and minor maintenance of the Raspberry Pi computer, which has been used extensively in primary schools throughout Britain, the United States and some countries in Africa and South America, he added.

Apart from Selangau, 35 schools in Kanowit and 93 schools in Sibu also received the computers before distribution is continued in other areas until the end of the year. – Bernama 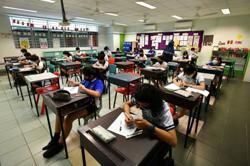