GEORGE TOWN: Retired Penang politician, Datuk Kee Phaik Cheen, who was credited for the state’s tourism growth, has passed away at 74.

Kee, who served as an exco member for tourism and art from 1990 to 2004 succumbed to complications arising from Covid-19.

In a statement released by her husband Dr Choong Sim Poey, he said Kee breathed her last breath at 2.40pm on Wednesday (Aug 4) at Gleneagles Medical Centre here.

Choong said he held her hand as she passed.

"None of the drugs or the machine could help.

"I talked to her and told of hundreds of friends who wished her well," he said in a statement.

The former Gerakan leader and her husband of 45 years, tested positive for Covid-19 last month and were hospitalised.

Former Pantai Jerejak assemblyman Wong Mun Hoe said she had been hospitalised for the past few weeks.

"A beautiful star has fallen from the sky today," he said.

One of Penang's most influential politicians in the past few decades, Kee, reigned over three terms as the Penang executive councillor in charge of tourism.

As the former Tourism Malaysia deputy chairman, she was instrumental in shoring up Penang’s reputation in the field of heritage, culture, arts, and food.

Considered an "orang lama" (old timer) in the Penang political scene, she served four terms as Batu Uban assemblyman from 1986 to 2004, and was the state’s culture, arts, tourism and women development committee from 1990 till 2004.

Kee was national Wanita Gerakan chief from 1985 to 2002 before she was defeated by Datuk Rhina Bhar.

She decided to pass on the baton to younger leaders in 2004 after being in public service for 23 years.

In 2008, Kee made a comeback in the local tourism scene when she was named the Penang Tourism Action Council (PTAC) chairman.

She was the Tourism Malaysia deputy chairman and its board member and audit committee chairman. 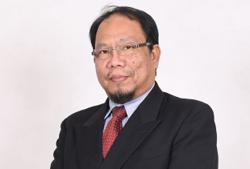