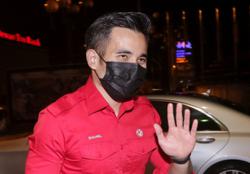 PUTRAJAYA: The government must explain why the revocation of six Emergency Ordinances was not announced to the public, says Umno information chief Shahril Hamdan.

He said for the government to make such a major decision and not announce it to the public raised questions.

“For five days, the rakyat were not told of the laws and systems of the country.

“What about the legitimacy of legal actions taken such as compounds, fines and other administrative matters that were done over the past five days under the assumption that the Emergency Ordinances were still in effect?” he said in a statement yesterday.

Shahril asked if the Emergency was revoked to avoid debate.

Umno, he added, had made it clear that Emergency Ordinances must be debated and revoked.

“Whatever the reason, a clear explanation must be given by the government to avoid confusion,” he said.

“Datuk Seri Dr Ahmad Zahid Hamidi had outlined Umno’s stand that the state of emergency and its laws must be revoked after Aug 1.

“Takiyuddin later announced the Federal Government’s decision not to advise the Yang di-Pertuan Agong to proclaim another new Emergency once it ends on Aug 1.“Based on Article 150(3) of the Federal Constitution, all Emergency Ordinances which were made during the Emergency Proclamation will be suspended,” she said in a statement on her official Facebook page.