Hoteliers: Hospitality industry, among the worst hit by pandemic, has lost RM11.3bil to date

PETALING JAYA: At least 120 hotels in the country have ceased operations either temporarily or permanently, with the hospitality industry suffering losses of over RM11.3bil to date because of the Covid-19 pandemic.

In a report by Sinar Harian, Malaysian Association of Hotels (MAH) chief executive officer Yap Lip Seng said 20 hotels were forced to close down this year owing to monetary losses.

This is in addition to 100 hotels that ceased operations last year, he added.

“The hospitality sector is among the worst affected and there is still no sign of a full recovery," he said, adding that losses are expected to be worse this year due to movement restrictions that have been enforced for almost half a year.

Yap revealed that the hospitality industry suffered losses of RM6.3bil last year and the livelihoods of 3.6 million people in the industry are now at stake.

“For this year, revenue loss in the hospitality industry has reached RM5bil as we are now under lockdown,” he said.

He said the tourism and hospitality industry lost 80% of its income since March last year, despite domestic tourism resuming from June to September last year.

Yap acknowledged that the lockdown was necessary to break the chain of Covid-19 infections but expressed hope that the government would provide assistance to the industry to prevent more losses and closures. 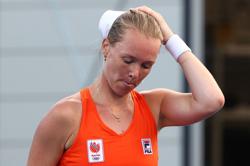