PETALING JAYA: The Pakatan Harapan presidential council has rejected the proposal to set up the National Operations Council (Mageran) to resolve the current Covid-19 crisis the country is facing.

In a joint statement, Pakatan said while they took note of former premier Tun Dr Mahathir Mohamad’s suggestion to set up Mageran, they did not agree with it.

“As a party which upholds the principle of parliamentary democracy, Pakatan rejects the suggestion to establish Mageran, based on our consistent stance that the Emergency must be ended immediately and that Parliament must reconvene now.

“For a solution to the rakyat’s problems concerning Covid-19 and the economy, and for a political system requiring a functioning democracy, the best place to hear the rakyat’s views and find a solution is in Parliament, ” they said in a statement on Friday (June 11).

“Tun M is strange. He protested the Emergency, he protested against the suspension of Parliament, but he proposes Mageran.

“He then offers himself to return to serve. Obviously as the Mageran director.

“If Tun M is the director, it will be difficult to end Mageran. Fortunately, he is not the prime minister. There is no reason for the Yang di-Pertuan Agong to follow his advice, ” he said in a Facebook post.

Earlier, Dr Mahathir said that he suggested the formation of the Mageran at his meeting with the King on Thursday (June 10) because the council managed to solve the country's problems before, when a proclamation of Emergency was declared in 1969 following the May 13 racial riots. 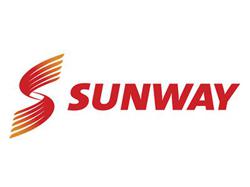