KOTA KINABALU: The Ministry of International Trade and Industry (Miti) should allow Sabah to handle matters concerning trades and industries in the state on its own, says its former minister, Datuk Darell Leiking (pic).

The Penampang MP said that the state government and Sabah Miti is able to approve applications by industries to operate during the movement control order period on its own.

He said Sabah understood the situation in the state better and knows which companies, small medium industries (SMI) and manufacturers that are considered to be “essential sectors” such as food production industries and other essential services.

Leiking added that many of these industries are faced with problems getting the approval needed to operate during the MCO, as they have to go through the Federal Government.

He said this led to delays and many other hindrances due to the bulk applications waiting to be looked into from all over the country, and as such, the decision-making process should be decentralised from the federal to state level.

“To make it even more efficient, Sabah Miti and the state government should rope in the chambers of commerce or associations representing Sabah's SMIs and manufacturers in identifying who is eligible for approval once the decision-making process is decentralised, ” said Leiking.

Leiking said that decentralisation would be safer as the state would know which industries or companies that are in red zones, and thus, are required to remain shut down.

He also explained that the various state health and security agencies and departments would also be able to provide the needed information to allow or prevent a company from operating.

Leiking said that while he does not reject the MCO currently being implemented, he believes there is a need to support SMIs and manufacturers that provide essential goods and services.

He added that this allows the economy to continue moving while preventing inflation and the rising cost of goods that will ultimately be borne by Sabahans.

On other matters, he urged mass testing to be done to pump up efforts in re-strategizing Sabah's vaccination efficiency as the low registration for vaccination in the state is hampering herd immunity.

"A mandatory vaccination policy should probably be considered by the Sabah government, bearing in mind that without a tough stance on this, its vaccination exercise may not even be completed by the end of the year, ” he said. 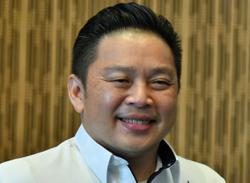