Many who knew him were saddened by his passing but said they would cherish his tireless work and valuable virtues apart from his friendship.

Oxygen Advertising managing director and 4As senior adviser Datuk Johnny Mun, who once worked with Lim, said: “Having had the opportunity of working in Wings Creative in my early advertising years, I am grateful to have gleaned some pearls of wisdom in my advertising career.

“I have worked directly under him - his modus operandi and approaches to both the business and people in general. Though strict and a disciplinarian, he was visionary in his own right.”

He said Lim successfully branched from his core advertising business to education and in a short span of time, made his university college a household name for aspiring ad business hopefuls.

Mun said earlier in his career, Lim had carved a niche for himself in the advertising world and as one of Malaysia's larger local agencies in Wings Creative.

Though local, he added under Lim, Wings Creative handled many blue-chip brands from Panasonic to Esso (Exxon Mobil), Riche Monde (Hennessy) and Honda to name a few.

“This was during the time when the agency had to fend itself among the multinational biggies, ” Mun noted.

All-in-all, Mun said he would qualify Lim as an individual who had successfully branded himself and certainly deserved a place in the Advertising Hall of Fame for his individual achievements and for putting Malaysia on the global map.

Reprise Digital managing director Stanley Clement said Lim was a living legend in the Malaysian advertising scene, adding that the thing that really sets him apart was that he was a true advocate of the power of Malaysians.

He never wavered from this belief, he said: “From his early days in advertising, he continued to push boundaries to show us all what we are truly capable of.

“Even when he set up his university and the agency, he constantly gave everyone the opportunity to shine. More so, the young ones like me, whom the industry did not place much faith in. He opened doors for us, and continuously pushed us to be the best version of ourselves.”

Clement said: “I have the honour of being an alumnus of his institute and have worked closely with him for many years.

“I am deeply grateful to him and his then wife Tessie Lim, who gave an average Indian boy from Air Panas a chance at a degree with a full scholarship.

“He also gave me many opportunities to rise in my career. I am who I am today because he taught me the value of hard work.”

Meanwhile, Marketing Magazine founder Harmandar Singh, who is also a veteran in the marketing and ad industry, described Lim as a giant through and through.

From the fusion of this three-word name into one, his attire and thoughts, Lim was a “brand on the move”, he said.

“When he worked in his first ad agency, McCann-Erickson, he didn’t just work there. He virtually owned the place, with his drove of loyal clients tailing him in the corridors, and management had to book an appointment just to meet him. He was larger than life. And very good at his craft.

“I visited him once in his London city-campus office and we talked about how to ‘take over the world’. In all, he did and achieved I can say one thing for sure - he was always proud to be a Malaysian and insisted that all those amazing things done by people around the world can also be done in Malaysia.”

Harmandar said Lim was the sort of person who would want to have a Cannes Film Festival in Malaysia.

In all the years knowing him, he said Lim was always looking forward and progress was measured by massive leaps, not strides.

“He lived by his own saying that ‘the future will always be defined by people who have the tenacity to succeed no matter what the odds may be and reach beyond the ordinary’, Rest in peace, ” he added. 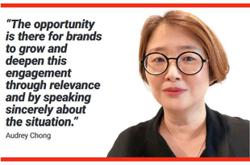 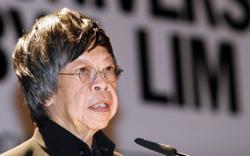