A steady ‘rock’ for needy students 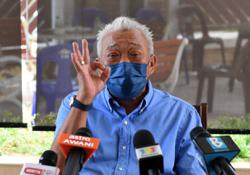 KOTA KINABALU: She has become a “go-to” person for students who have no food or funds in Peninsular Malaysia.

Over the past few years, quite a number of these Sabah and Sarawak students have managed to get by with the help of the unassuming Aunty E, as she is known. 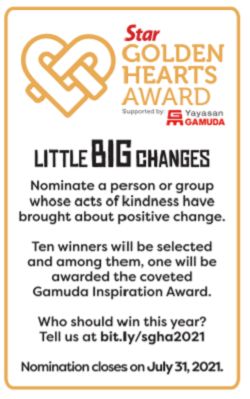 Together with her friends and some church members, they have been a “rock” for these youngsters.

Aunty E, a retired senior management officer, has quietly helped out with the little that she has, and with the assistance of others when they come across students who do not have money to buy food or pay the rent.

These students had told her that they ended up in such a state after being coaxed into taking up courses without grasping the full details of the financial requirements.

Aunty E, as she prefers to be known, said: “At first, we rented a condominium to house them but later on, our church allocated two units of hostels to provide affordable accommodation for these students and even some adults who had just started working.”

Currently, the hostels are home to over a dozen Sabahans and Sarawakians who each pay a monthly rent of RM100. Basic food provisions are supplied to the needy.

Asked why she is “playing” foster parent to strangers, Aunty E said the desire to help others started about 10 years ago when she helped her first foster child in 2004.

At the time, she was on a group visit to a remote village, learning about the non-conducive and poor education facilities there.

She learned that the children had to pursue their secondary education in the nearest town, which was more than 100km away.

This prompted Aunty E to ask the children if any of them wanted to stay with her in Kota Kinabalu and attend school in the city.

The children instantly pointed to a 12-year-old boy, whom they said was the one most in need.

“He was going to sit for his UPSR soon, so I told him to study hard if he wanted to follow me to Kota Kinabalu for his secondary school education, ” Aunty E recalled.

Nine months later, she got a call from the boy’s father, saying that his son wanted to go to Kota Kinabalu.

“Arrangements were made and a school was found for him in Penampang, near Kota Kinabalu, ” Aunty E said, adding that she was glad that her own children accepted the boy quickly.

She said everything seemed foreign to the boy when he first arrived here. Even a short car ride would make him carsick.

To help with his studies, she tried sending him for tuition classes, but later stopped as he could not focus.

Aunty E then chose to teach and motivate him herself, with some help from her children.

“He gradually improved and though he did not score well, he managed to pass the PMR and SPM exams.

“He now works as a chef and is still very much part of our family, ” said Aunty E, who relocated to Kuala Lumpur for work some years ago.

As for her efforts to help needy Sabahans and Sarawakians, she is glad that such “small” gestures could help someone.

“Hopefully, that person will in turn help others in need in the future, ” she said.