KOTA KINABALU: At least five police reports have been lodged by Sabah STAR against a Facebook user who uploaded an image claiming its leader Datuk Seri Dr Jeffrey Kitingan supported Israel's acts against the Palestinians.

The image was uploaded under the name Danny Lukas Jr, believed to be a fake identity, to several accounts at 6.15pm on Saturday (May 15).

“The individual is not a STAR member and has often made posts on social media, particularly Facebook, allegedly representing STAR in an attempt to confuse the public," he said in a statement on Sunday (May 16).

He said the party had been monitoring this particular Facebook page but felt it was the user's right to express himself even to the detriment of the party's cause.

“However, this person crossed the line this time when he posted the libellous image and accused STAR of endorsing violence.

"This is unacceptable and the authorities must take action,” he said.

It is learnt that Sabah STAR members from other divisions will be lodging similar police reports against the user.

Rizal urged party supporters to remain calm and not be swayed by statements from outside its ranks.

He said Sabah STAR stood firmly with the Malaysian Government and people against Israel's ongoing attacks against the Palestinians in Gaza. 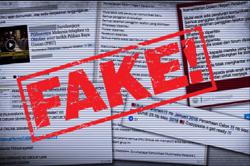