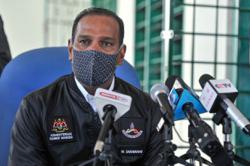 This followed after an agreement was reached among Muhyiddin, Indonesia President Joko Widodo and Brunei's Sultan Hassanal Bolkiah.

"Today I had a telephone discussion with His Excellency Joko Widodo, President of the Republic of Indonesia regarding the current situation in Palestine.

"During the discussion, we both agreed that the Israeli regime's violent actions should be stopped immediately.

"We called on the international community, especially the UN Security Council to stop the Israeli regime's violence against the Palestinian people," he said in a Facebook post on Saturday (May 15).

In the post, Muhyiddin also shared part of a phone conversation with Widodo, where both premiers were agreeing in condemning Israel's persecution and attacks on Palestine.

Muhyiddin added that both premiers had agreed for Malaysia to take the lead, together with Indonesia and Brunei to issue a joint statement to strongly condemn the Israeli regime's brutal attacks on Palestine.

He noted that he had also liased with Sultan Hassanal to discuss the actions to be taken by Malaysia, Brunei and Indonesia regarding the current developments in Palestine.

"His Majesty also stated the stand of the Brunei government on Palestine.

"His Majesty, in this regard, expressed agreement for a joint statement to be issued to strongly condemn the Israeli regime's oppressive attacks on Palestine," he said, adding that the joint statement would be issued in the near future. 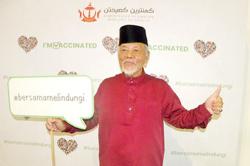