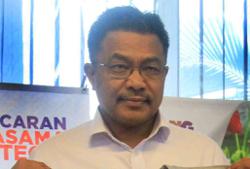 KUALA LUMPUR (Bernama): A solution to the Arab-Israeli conflict can be achieved through the joint action of Muslim countries and those who back the rights of the Palestinians and their struggle, says Tun Dr Mahathir Mohamad.

The former prime minister said it is important for those who support the Palestinians to have a proper strategy in order to achieve that solution, he said in a live public address on his Facebook account that attracted Facebook users worldwide.

"Fighting for the sake of fighting or for the sake of taking revenge is not going to gain anything, ” he said in the address "Call for Humanity and the Ummah on Palestine Issues and Condemning Israeli Cruelty".

Dr Mahathir also expressed the hope for the Arab world and the Palestinians to sit down and think of a proper strategy to stand up to Israel.

"I hope that the Muslim world will awaken to the present situation. I wish we all will suffer less against the violent activities of the Israelis against the Palestinians and against humanity, ” he said.

Dr Mahathir said it is important to get diplomatic recognition and go into the realm of diplomacy in order to explain the truth of the struggle, that the victims are the Palestinians and not otherwise.

He said the world seems to think that it is the Palestinians who are provoking Israel but that was not the case recently when Israeli police stormed the Al-Aqsa Mosque during tarawih prayers, sparking days of ongoing and escalating violence.

"People who are praying are not a danger to anyone, ” he said.- Bernama