M’sians not allowing MCO 3.0 to dim their excitement as they settle for a quiet affair

KUALA LUMPUR: Despite MCO 3.0, there was a festive mood at many of the malls in the Klang Valley as Muslims went about with their last-minute Hari Raya shopping.

With many having to contend themselves with spending another Hari Raya away from their hometowns and kampung, shoppers queued up from as early as 7am just to get into several morning markets and premises.

At the malls, security guards have started checking the MySejahtera status of customers before allowing them into the premises to weed out any high-risk individuals from slipping in.

At 1Utama shopping mall here and at Suria KLCC in Kuala Lumpur this system was vigorously enforced.

A security guard at Suria KLCC said it was a new measure after the mall was closed for three days for sanitisation following its listing as a potential Covid-19 hotspot under the Hotspot Identification for Dynamic Engagement (HIDE). 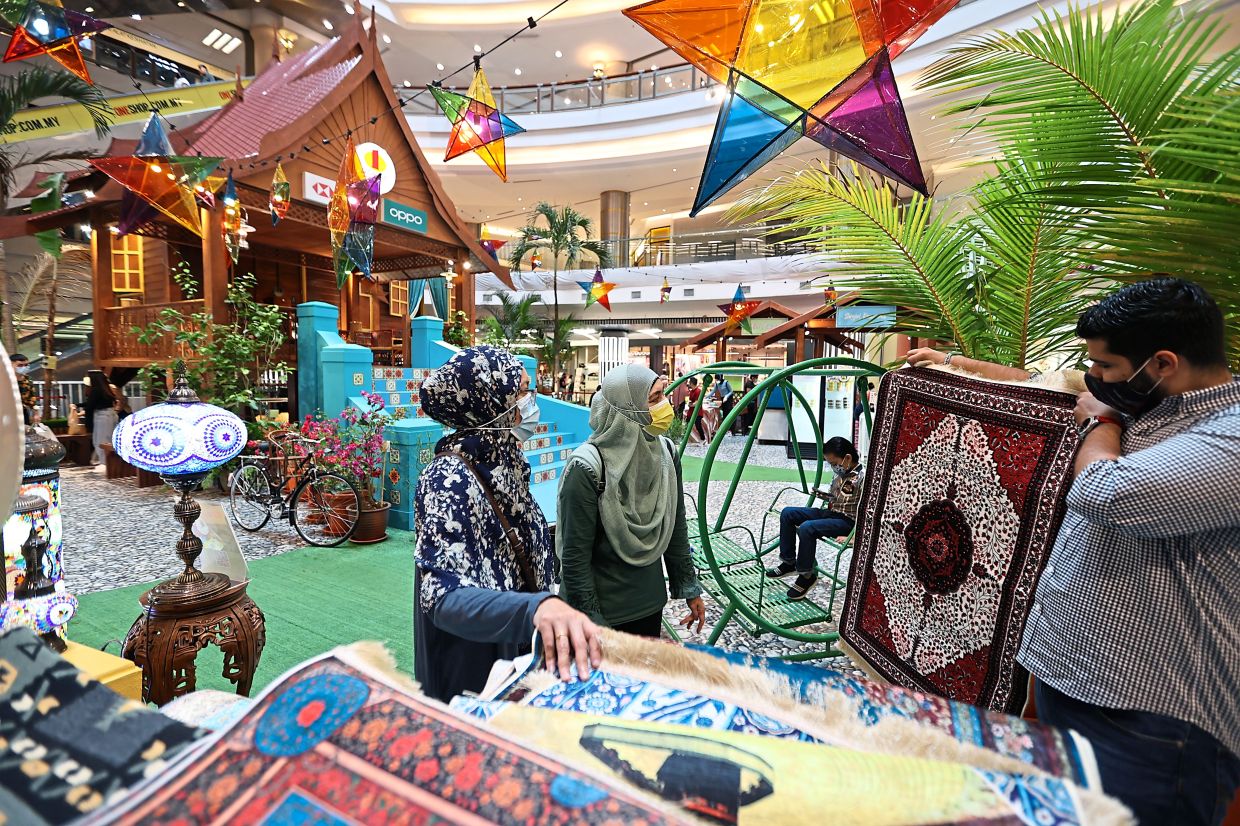 However, the added measure did not seem to bother customers who willingly complied with the measure.

Compared to the shopping frenzy of previous years, the atmosphere was much calmer in 1Utama and Suria KLCC.

For event executives Ain Fatiha Abdul Karim, 31, and Atikah Ridzuan, 30, who were looking for shoes to match their Hari Raya outfits, they are not going to let MCO 3.0 dim their excitement for Hari Raya.

“We have been spending Hari Raya in Kuala Lumpur for a few years now so we are used to seeing our relatives here.

“The only difference this year is that we cannot visit them but that’s okay because I can still enjoy the day with my own family, ” Atikah said.

Ain said she had to accept the fact that her relatives would not be able to gather at her home this year as planned.

“My relatives live in Rawang and Damansara and I’m sad we had to cancel our plans because inter-district travel is not allowed under MCO.

“But Raya will go on and I plan to enjoy the day with my family and take pictures in our matching outfits, ” she said.

There was a smaller crowd at the centre court in Suria KLCC, where shoppers would usually gather to take pictures of the extravagant festive decorations.

This year’s centre court Hari Raya decoration featured a traditional Malay house but only 15 people were allowed to enter the house at one time.

Although a family of five was seen taking pictures inside the house, there was no line of people waiting to enter.

A frequent KLCC shopper, who only wanted to be known as Ridhuan, said before the mall was closed down for three days for sanitisation upon being listed on the HIDE list, the situation had been more crowded.

“I remember a queue of people waiting to enter the centre court, with the security guard only allowing in 90 at one time, ” he said.

Ridhuan also noticed the smaller crowd of last-minute shoppers this year and believes that MCO 3.0, which started yesterday, had diminished somewhat the shopping mood.

“The previous year, you couldn’t even see the stalls at the centre court because there were so many people.

“I think no one is really in the mood to shop with the restrictions to this year’s celebrations, ” he said.

On Tuesday, Malaysian Shopping Malls Association president and 1Utama director Tan Sri Teo Chiang Kok said that allowing customers to scan the MySejahtera QR code without first verifying them as low-risk might have allowed many high-risk individuals to sneak in, causing the system to record a high number of such people.

This resulted in certain malls being flagged as potential Covid-19 hotspots on the HIDE list.

Checks by Bernama also showed shoppers queuing up at the Chow Kit market as well as shops along Jalan Tunku Abdul Rahman here and Section 6 market in Shah Alam. 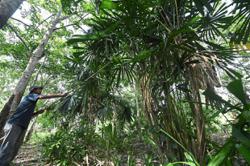