PETALING JAYA: It was a reunion that took over a year in the making, but 81-year-old Yap Sen Moi’s heart leapt with joy when she was presented with her family’s reconditioned vintage Raleigh bicycle on the eve of Mother’s Day.

The antique British bike, which has been in her family’s possession for 40 years, was sent by her daughter to SCCS Bicycle Shop Puchong to be reconditioned in March last year and was finally ready yesterday.

Four decades ago, Yap bought the bike for her first daughter Elaine Lee as she wanted her to have a good and safe bike to use to school, and it has been with the family since.

Lee said that last year, Yap suggested she refurbished the bike, which had been out of commission for many years.

Lee, 54, said she has had the bike since she was 15 and it holds a lot of sentimental value for the family.

“I rode it to school, to the beach and all over town when our family lived in Kuantan.

“My mother had kept the bicycle so well over the years, ” she added. 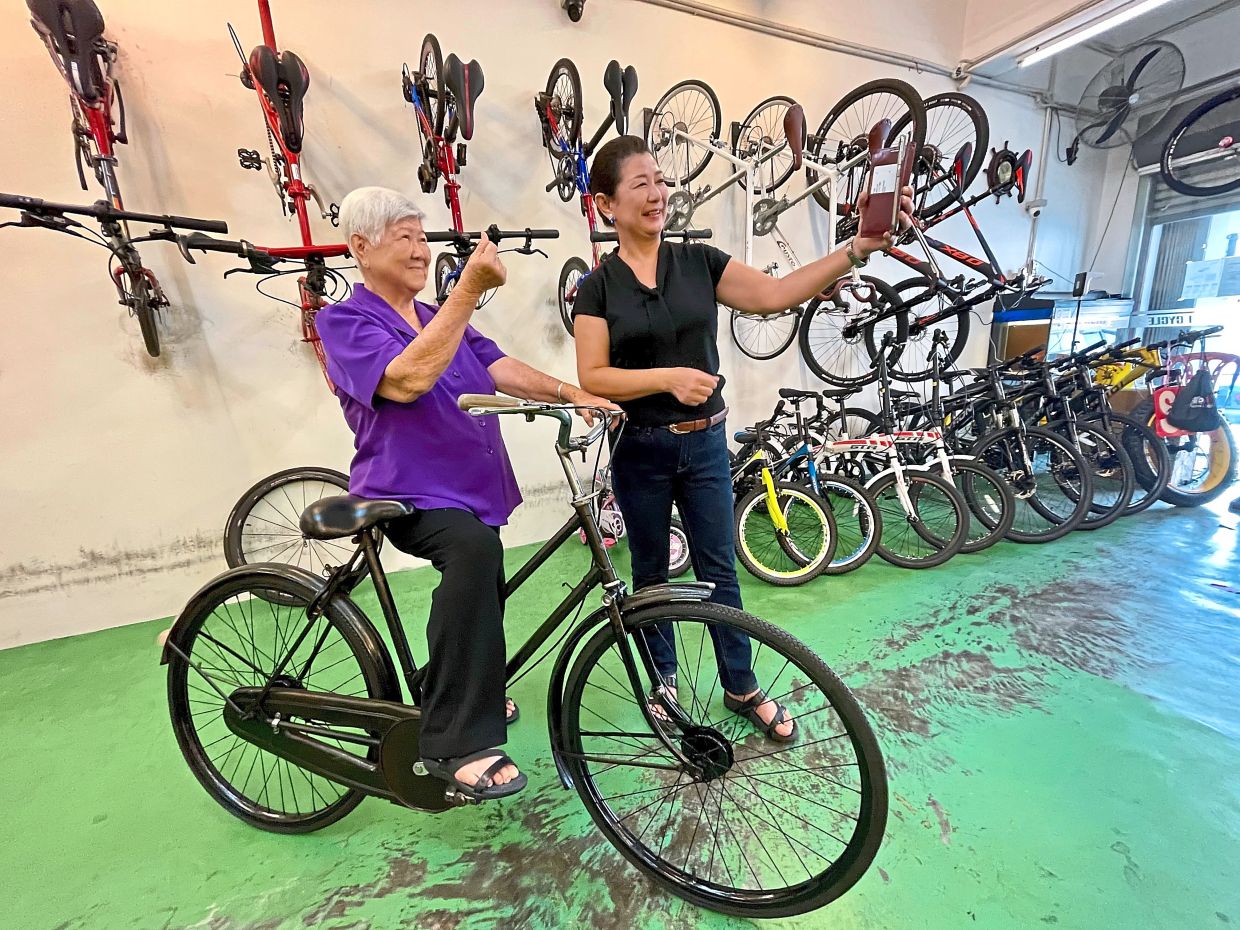 It was sheer joy for the family to be able to present the reconditioned bike as a Mother’s Day gift to the ecstatic recipient.

“My mum was so overjoyed that she couldn’t sleep last night, ” said Lee, the fourth of six children.

Lee, a florist, said that on every Mother’s Day, she would prepare a hand bouquet and together with her siblings take their mother out for dinner.

This year, the family won’t be dining out because of the movement control order, but the day is even more special as the bike was ready just in time.

Lee and her brother Simon, 60, took their mother to the shop yesterday morning to collect the bike.

Yap said she was delighted to receive the bike for Mother’ Day, adding that she protected the two-wheeler each time her family moved house because of its sentimental value.

Yap, who is from Kuala Lumpur, was raised during a time when bicycles were the most common mode of transport.

“I don’t remember who taught me to cycle but only that, despite falling, I still made the effort to learn, ” she said.

She added that she had studied until she was 12 or 13 before she went into farming and selling vegetables.

“I used to cycle from my home in Taman Pertama in Cheras to my mother’s vegetable farm in Taman Connaught and take the produce for sale in Taman Taynton using a bicycle.

“During the communist insurgency, when I cycled to the farm every morning, I could not take any food with me.

“After work was done, I would carry firewood on my bicycle to use for cooking at home, ” Yap said.

SCCS Bicycle Shop Puchong owner Alex Law said the Raleigh bicycle was a valuable antique and could now sell for between RM4,000 and RM6,000.

While work to restore the bike needed only about a week or two, finding the spare parts was difficult and took over a year.