The State Disaster Management Committee in a statement said 67% of the new cases occurred in Mukah, Bintulu, Sibu, Kanowit and Kuching.

The committee said the first death involved a 82-year-old woman in Mukah who was found unconscious by family members in their home on April 25.

"She was rushed to Mukah Hospital but died on the same day. Prior to her death she had a cough, loss of appetite for three days and shortness of breath. She also had comorbidities of high blood pressure and diabetes. A rt-PCR test conducted on her came back positive on April 29,"it said.

The second death involved a 88-year-old woman who sought treatment at Sibu Hospital for shortness of breath, vomiting and fatigue.

The patient passed away on May 1. She also had comorbidities of high blood pressure, heart failure and diabetes.

The committee expressed its condolences to the family of the two patients.

The committee said the Sungai Tengah cluster stemmed from a funeral service where the index case is a 55-year-old housewife who tested positive through symptomatic individual screening on April 24 at Bau Hospital.

She had attended a funeral of a close relative from April 19 to 21. Subsequently, 23 persons were infected.

As for the Sungai Sebemban cluster, the committee said the index case was a 68-year-old woman who later infected 20 longhouse residents.

"The Sebujok cluster was detected in two longhouses in Sri Aman after the index case, a 62-year-woman spread the disease to 14 others," it added. 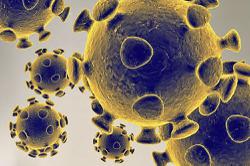