Immigration Dept to use new system by next year

The announcement by Khairul Dzaimee comes in the wake of a joint operation with the Malaysian Anti-Corruption Commission (MACC) to cripple a syndicate involved in the hacking of the department’s computer system to produce thousands of forged temporary employment visit passes (PLKS) for foreign workers over the last few years.

“The Home Ministry is aware of the problem of hacking faced by the department.

“The ministry has approved the procurement of a new system, National Integrated Immigration System (IIS), to replace MyIMMs which is over 15 years old, ” he told reporters at a joint press conference at the MACC office here yesterday.

He said the procurement process had been completed with development of the first phase to begin this month.

“Development of the first phase of the IIS is expected to take about a year and will be rolled out by 2022.

“We are confident that we will be able to overcome the problem of hacking with the new integrated system, ” he added.

Asked if the syndicate that was crippled had gained access to the department’s entire system, Khairul Dzaimee said initial investigations showed the hackers were focused on producing the forged temporary employment visit passes only.

He replied in the negative when asked if the syndicate could manipulate the Immigration computer system to unblock individuals on the “blacklist” or with “red alert” status to enable them to pass through Immigration checkpoints. 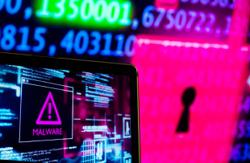