The Transport Minister said the viability of the new “ECRL 3.0 alignment” is enhanced with the incorporation of the Serendah Bypass infrastructure to the project’s scope.

“The Serendah Bypass will further drive freight volume for the ECRL as upon operation, it will cater to cargo both from the East Coast states and existing KTMB lines," said Dr Wee.

He added that the incorporation of the bypass will serve as a significant freight relief line and solve rail cargo congestion as the route will not go through the Kuala Lumpur city centre.

“The re-implementation of the northern alignment will steer the ECRL to be viable infrastructure in line with its revenue ratio of 70% freight and 30% passengers," he told a press conference here on Monday (April 5).

He added that rail industry research forecast that the ECRL may transport some 26.12 million tons of freight in its first year of operation via the northern alignment.

"(This is) far higher than the 9.0 million tons of freight forecast for the southern alignment during the same period, ” he said.

Dr Wee said although the government is reverting to the original alignment approved in 2017 by the Barisan Nasional government, the ECRL 3.0 alignment will still involve a lower estimated construction cost than the original.

He said the cost is now estimated at RM50bil, lower than the estimated construction cost of ECRL 2.0.

The minister added that the alignment will not traverse the Batu Dam and the Klang Gates Quartz Ritz, nor will it affect any Orang Asli areas in Selangor. 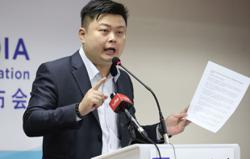