PETALING JAYA: Adam Jaafar, or ‘Prebet Adam’ who had run amok in Chow Kit in 1987, died on Tuesday (March 30) morning.

According to Sinar Harian, he died at the age of 57 following a lung infection in Penang Hospital and was buried in Datuk Keramat Muslim cemtery.

His death was confirmed by his two siblings, Anisah and Arzat on their respective Facebook accounts. 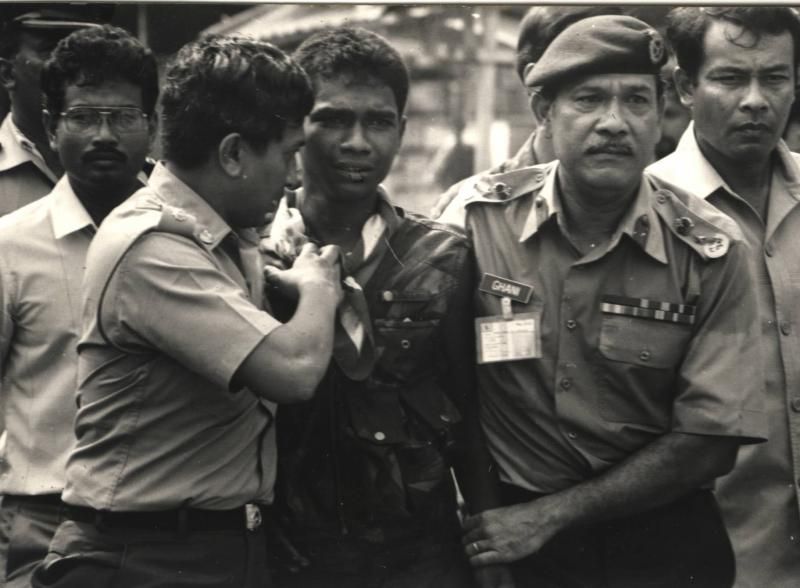 He had started shooting people with an M16 assault rifle he had stolen from his military base in Ipoh.

The then 23-year-old rode a motorcycle into the area and went on a shooting spree, which resulted in one death and injuries of several others.

READ ALSO: His side of the story

Having been judged as having an unsound mind when he committed the act, he was not given the death sentence but was committed to a mental institution for 10 years.

The reason for his sudden shooting spree was subject to much speculation for years, but in a book published 30 years later, Adam said he had suffered early childhood trauma and faced hazing by his seniors in the army. The book details how it was actually childhood trauma and the brutal ragging Adam endured in his army camp that drove him over the edge.

In the book, Adam speaks about how he grew up in extreme poverty. And when he was 11, he witnessed the death of his six-year-old sister Azimah during a fire that razed their squatter home in Simpang Lelong, Penang.

“She was just a few steps away from us, when suddenly the roof gave in and fell heavily on her small body, ” Adam recounted to Syahril in the book.

He suffered a head injury when a beam fell on him during the fire. Earlier in his teens, he suffered a wound to his head when he got into a fight in which he got hacked with a machete that left him with a three-inch scar.

In the book, Adam also spoke about how he was brutally bullied and beaten in the army.

“My hands got burn marks from being treated as a human ashtray. I was forced to lick the bottom of a slipper like a dog and drink water mixed with soy sauce, vinegar, belacan, curry and sugar, ” he recalled.

During Adam’s trial, psychiatrist Tan Sri Dr M. Mahadevan, who would examine Adam and testify in court during his three-year trial between 1988 and 1990, explained how Adam’s childhood trauma, head injuries and brutal abuse in camp had affected his mental state.

Justice Datuk Seri Shaik Daud Md Ismail in his verdict ruled that Adam was not of sound mind when he committed the shooting.

He ordered Adam to be sent for treatment at a mental hospital where he was kept for close to 10 years. 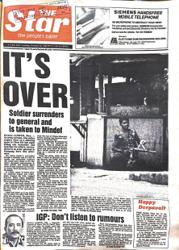