GEORGE TOWN: Some of the bullets hit really close but still, Tan Sri Mohd Zaman Khan (pic) made sure his men did not return fire.

“Because Prebet Adam (Jaafar) was from the military; he was a serviceman, not a criminal.

“There must have been some sort of trouble that made him shoot. Otherwise, he wouldn’t have been so stupid, ” he said.

Now 80, Mohd Zaman, one of the most illustrious policemen in the Royal Malaysia Police, still remembers facing off the trained rifleman.

He was there when Prebet Adam went on a shooting rampage in Kuala Lumpur’s Chow Kit area in October 1987.

Prebet Adam was a Penangite who suffered many misfortunes as a child.

When finally accepted into the army, he was severely abused by his superiors and finally stole out of his camp in Ulu Kinta, Perak, with an M-16 assault rifle, five magazines and a box of 5.56mm ammunition.

On Oct 17,1987, he checked into a hotel room in Jalan Raja Laut and during interrogation later, said he heard voices all night; some told him to cease and desist, and some told him to go wild.

The “evil” voices won. He walked out to the streets late the following night and started spraying bullets, killing an innocent man, wounding many, and blowing up a petrol station.

By that afternoon, Mohd Zaman, who was then Bukit Aman’s director of Internal Security and Public Order, was there with many others to seal off the area.

“We tried to advance on him many times, but he was well trained. He picked a good position and kept us pinned down.

“Every time I tried to move forward, he fired at me. They were probably warning shots, but some of those shots came really close, ” he recalled with a chuckle.

In truth, the Special Action Unit (Unit Tindakan Khas or UTK) had snipers on the high ground, but Mohd Zaman said they had strict orders to open fire only if directly fired upon.

“We wanted to take him alive. He was military, not a criminal, ” he said.

It was during the standoff when “an army general came to the scene”.

“We talked and the general offered to handle the situation himself. By himself.

“I knew from experience in dealing with the military that in tough situations, they will listen only to their superiors, ” said Mohd Zaman, remembering an incident in Ipoh many years ago when he would have been attacked by soldiers if not for the presence of an army major.

Lt-Jen Abdul Ghani spent half an hour alone with Prebet Adam and convinced the troubled serviceman to lay down his rifle.

He stood trial, was found to be of unsound mind and committed to the mental hospital in Tanjung Rambutan, Perak, for 10 years.

On Tuesday, Prebet Adam died in Penang Hospital at the age of 57 of a lung infection. His passing left a pang of sadness in Mohd Zaman.

“I tried to look for him when I was president of Malaysian AIDS Council. Many years back, I wanted to help him when I found out he became a hardcore drug addict.

“But nobody then knew where he was, ” said Mohd Zaman.

In the 2017 book Amok at Chow Kit by Syahril A. Kadir, Prebet Adam admitted to his drug addiction that landed him in jail repeatedly.

In the book’s final chapter, the ex-rifleman described what he called home – an old, abandoned house with no electricity somewhere in Sungai Pinang, a poorer side of George Town. 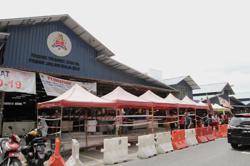 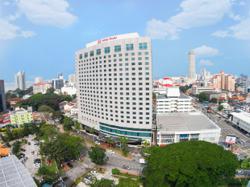