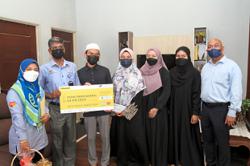 PETALING JAYA: Former The Star chief photographer Abdullah Subir (pic), who passed away at the age of 59, will be missed for his guidance, friendship and warm personality.

Abdullah, fondly known to his peers as Dollah, was on the staff of Star Media Group (SMG) from 1982 to 2020, creating an extensive body of work that covered news, sports, politics and international events.

He started his career as a photographer grade three in 1982 before becoming chief photographer in 2009, a position he held until 2020, when he opted for early retirement via the mutual separation scheme offered by the company.

During his career, he photographed many major events, including exclusive photos of soldier Prebet Adam Jaafar during his armed rampage in Chow Kit, Kuala Lumpur, in October 1987.

Abdullah’s iconic image of Adam was taken at about 1.30pm on Oct 19, some two hours before he surrendered.

The photo, which captured the drama that transfixed the nation, made it to the front page of The Star the next day.

SMG chief content officer Esther Ng said she had worked closely with Abdullah both as a reporter and editor at the news desk. 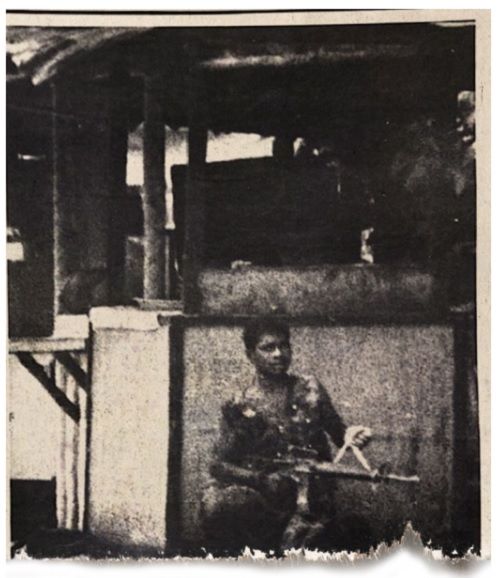 Memorable shot: Abdullah’s exclusive picture which was carried on the front page of ‘The Star’ on Oct 20, 1987.

“He was the pixman for my first news assignment as a rookie reporter and we had a good rapport from that day onwards.

“He was always a ‘partner’ to those of us running the challenging News section.

“A dedicated worker and very professional, Dollah was a quiet person generally but he would crack jokes unexpectedly, even during our tension-filled evening meetings, filling the meeting room with laughter.

“I will miss his tenacity at work, his focus on giving his best and, most of all, his ever-ready smile,” she said.

SMG photo editor Ng Kok Leong said he had known Abdullah for more than 30 years, as a colleague and a friend.

“He had already been working at The Star for about five years when I joined. So we had known each other for a long time.

“He had a sweet tooth as a young man and was a very good man.

“He was very helpful and helped me a lot. He was a very friendly person. We never quarrelled in our many years working together,” he said.

They last spoke to each other on Hari Raya Aidilfitri, said Kok Leong, adding that even after Abdullah had left the company, they would call each other up to exchange greetings during festivities.

“We covered a lot of news together on the field, from general elections to floods, functions and company projects.

“We even went to the jungle together on one of our many assignments.

“And we also went for holidays together and would sometimes have gatherings. I would call him every year to send him Hari Raya greetings.

“I will definitely miss him,” added Ng.

Abdullah was pronounced dead at 10.10pm on Tuesday from acute myocardial infarction at the KPJ Selangor Specialist Hospital.

His remains were laid to rest at the Sijangkang Muslim Cemetery in Selangor yesterday morning. 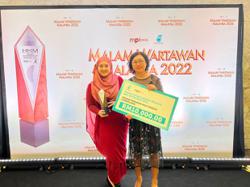 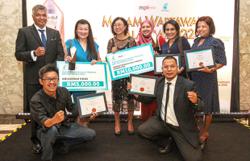