KUALA LUMPUR: The growing number of bogus Datuks in the country is causing alarm and steps are being taken to solve the issue.

Efforts are under way to set up a national body to register genuine title holders and weed out the fake ones.

The body, to be registered with the Registrar of Societies (ROS) through the Home Ministry, will vet registered members who will then be issued a special card as proof of their legitimate titles.

Awalan said the proposed national body would serve as an umbrella because some states did not have a representative body.

“Only Melaka, Sabah, Penang, Kedah and Kelantan have their own associations. This (national body) will help attract legitimate Datuks at the federal and state levels to register as members.

“What is crucial is the verification process, where those registered with the body will be considered legitimate titleholders, ” he said at a press conference yesterday.

He added that the national body would adopt a similar process used by MDPM to verify members before they were issued with a special card as proof of their titles.

He disclosed that MDPM currently had about 250 members with federal titles conferred by the Yang di-Pertuan Agong.

The members, he reiterated, were only issued with the special card after they had been vetted and produced their watikah (credentials) signed by the King.

“There are also recognised titles conferred by the respective state rulers, ” he said.

Awalan stressed that the proposed national body would not manage the conferment of awards by the respective states, but would merely provide a platform to oversee registration of titles while organising joint activities for members.“We have formed a pro tem committee and are drafting a constitution to be submitted to the ROS through the Home Ministry, ” he said.He did not want to reveal the name of the proposed national body, merely saying that it was likely to be set up in the coming months.

Meanwhile, Awalan lauded the police for the recent arrest of suspects involved in the use and awarding of fake Datuk titles.

He said the police action served as a strong deterrent and warning to individuals and numerous other “Dato” or “Datuk” organisations.

He described the emergence of such fake honorific awards as well as unrecognised titles as alarming and that such rampant abuse needed to be addressed as it would result in public ridicule if left unchecked.

“It does not augur well for the honours awarded by our country and for all the recipients who have been legally honoured for contributions to society and the nation, ” he said.He added that the police action would send a clear message that the use of fake titles would no longer be tolerated, as offenders would face stiff fines and jail terms.

Under the Emblems and Names (Amendment) Act, a convicted offender can face a fine of RM20,000 or imprisonment not exceeding three years or both, while those guilty of soliciting awards or trying to sell fake awards will face up to 20 years in jail under the Awards Act 2017. 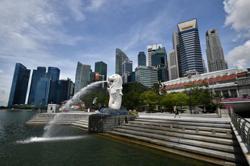