Yeow brings with him vast experience and knowledge from his previous posts.

His corporate experience has seen him helm other listed companies on Bursa Malaysia. He is formerly the group CEO of Tropicana Corp Bhd, the managing director of Guocoland Malaysia Bhd and chief executive of Malaysian Mosaics.

Yeow’s earlier tenure with consultancy McKinsey & Co gave him the experience in serving many corporate clients and government-linked companies in Malaysia, Indonesia and Singapore.

Yeow said he will use the experience garnered in the various industries he has worked in to help propel the business of the media group.

He sees the print and digital segments of SMG as two pillars among the suite of businesses the group owns that will be counted on to drive SMG to a better financial performance.

Noting that The Star has just won the Putra Brand Awards’ Gold award in the media networks category, he hailed SMG as a prominent media company that has a lot of talents.

“What I hope to bring is a different perspective to deal with the new normal and the process of digitalisation of the business, and how we serve our clients and customers, ” he said.

The print newspaper The Star, will, however, remain a key focus of the group and Yeow said: “Every country will need mainstream media for disseminating official news.”

The Star, he said, is very prominent among the mainstream media in Malaysia and the next step will be to see how the organisation can leverage the news and other online content it has in an integrated form to subscribers.

With his appointment on March 1, SMG’s temporary special committee comprising three board members, 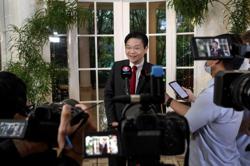