PETALING JAYA: Eating outlets and retailers are swinging into action to try and capture as much of the Chinese New Year business as possible following the reopening of more sectors.

The latest announcement is a lifeline as many were on the verge of closing shop, said Malaysia Singapore Coffee shop Proprietors’ General Association president Datuk Ho Su Mong.

“We may not be able to (recoup our losses from the months before) but for many, this will help us carry on. Takeaways are not enough to sustain the business.

“This will encourage more customers to order food and takeaways. We will definitely cooperate with the government as far as the standard operating procedure (SOP) is concerned, ” he said.

Having two to a table, said Ho, was manageable as it might be difficult for coffee shop proprietors to control the crowd if there were more to a table, adding such measures were necessary and urging customers to cooperate.

“The new dining rules may prove helpful to small eateries like food courts or mamak stalls but not for big Chinese restaurants.

“You can’t compare the tables in hawker centres or food courts to the size of our tables. For us, it would be quite insensible to have only two people at a table, ” he said.

The new SOP, said Sia, was unlikely to help boost Chinese restaurants’ business during the Chinese New Year period as it was not possible to have a family reunion dinner with only two to a table.

Malaysia Retailers Association vice-president Datuk Ameer Ali Mydin said the government had taken into account the needs of the economy.

“It is better late than never as the government has listened to the retail industry to open up more sectors to enable them to survive even though it is only two more days to Chinese New Year, ” he said.

“It is not just about the two days to Chinese New Year but the long term survival of the industry.”

Urging the retail sector to comply with the new SOP, Ameer Ali said the apparel sector’s requirement for customers to put on disposable gloves would pose a challenge.

“The first issue will be the availability of disposable gloves in the market because they are not widely used, and secondly, how do you ensure that customers will use them?” he said.

“But we understand that the government wants to be extra cautious. I hope owners of such premises will put up signs so that customers are forewarned, ” he said.

“That is what we’ve asked from the government. We’ll make sure that all our members comply with the SOP, ” he said.

Jawahar Ali said currently, most Presma members were no longer thinking about profits but just focusing on survival.

Retail consultant Woo May Foong said the relaxation of the rules came too suddenly for retailers to capitalise on the Chinese New Year festivities to boost sales.

“It’s only two more days before Chinese New Year. It is too rushed and I don’t foresee a good response.

“Retailers also need time to prepare their premises, especially since they have not been opened for three to four weeks and their products would have accumulated dust, ” she said.

Woo added that she did not expect a shopping frenzy anytime soon after Chinese New Year.

“People are trying to flatten the curve and they are concerned and confused because the policies keep changing, ” she said. 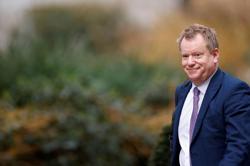