Cautionary tale: Foong and Chaw holding up a copy of her police report during a press conference in Ipoh.

IPOH: A former waitress who lost her job during the first movement control order last March used funds from her Employees Provident Fund’s i-Sinar facility to pay number forecast agencies for tips for 4D wins only to be cheated of RM3,000.

Taking the easier way out to make a fast buck, Foong Wai Min, 42, invested a total of RM3,000 with a stranger she befriended on social media.

She gathered the money by borrowing from others and withdrawing RM1,000 from her i-Sinar account.

Foong, a mother of five, said she saw an advertisement on social media in December, where a person named Kelvin claimed to provide tips to ensure that those who bought 4D numbers would win.

Foong added that she was unable to find a new job and that her husband had also lost his job as a house renovator last year.

Foong said she decided to try to get the 4D tips and contacted Kelvin via WhatsApp, and was told to bank RM500 into an account under the name Best Noodle Enterprise.

“Once I did that, he told me to bank in another RM1,500 and RM4,450 to get the tips. I declined to do so and never received any tips after that.

“Last week, I saw a similar advertisement by a man named Sam who claimed that he was also able to provide tips.

“That was when I realised that I had been cheated. I was worried because I had borrowed money from other people, ” she told a press conference organised by Menglembu assemblyman Steven Chaw here yesterday.

With Chaw’s help, Foong lodged a police report at the Menglembu police station and the state’s Commercial Crime Department recorded her statement.

Chaw said he had seen such advertisements on many social media platforms, and advised the public not to fall prey to such scammers.

He added that checks with the agencies found that they had no such agents and that no tips were provided.

“It is fortunate that she only lost RM3,000, as the commercial crime policeman told me that they had received reports where people lost up to RM60,000 in similar scams, ” he said.

“Those who come across such advertisements must not be greedy as there is no easy way to make fast money.” 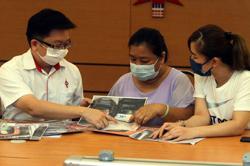 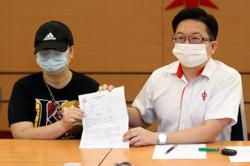