KUALA LUMPUR (Bernama):Women in Malaysia can rise to be the prime minister one day, says Tun Dr Mahathir Mohamad.

However, the former prime minister foresees that this process could take some time before they can play more important roles in the country’s administration.

"We see this (female prime minister) happening in the developed nations, and we are also among the earliest in giving women leadership roles.

"Perhaps (presently) they may not get to be the prime minister, but there are already (women) who are holding very high positions with heavy responsibilities. In fact, they have been doing a great job, ” he said in a talk show on women in development streamed live on his official Facebook page on Monday (Jan 25).

Dr Mahathir said women have broad knowledge and are rich with experience, making them important contributors to the nation-building process.

"(In fact), females form the largest number of students in universities and they also participate in many activities there, with some even pursuing them abroad, ” he said, adding that women also tend to take their tasks more seriously. - Bernama 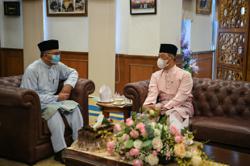 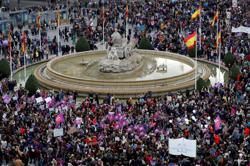