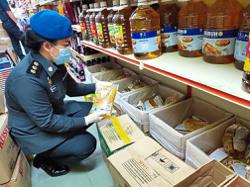 IPOH: People in Perak have been assured that there is a sufficient supply of cooking oil in the state.

Perak Domestic Trade and Consumerism Committee chairman Datuk Abdul Yunus Jamahri (pic) said that although there could be a slight shortage of the 1kg packets of cooking oil in Perak, it does not affect the overall supply of the item in the state.

“Several media outlets have reported that there is a shortage of packed cooking oil and a price hike in the 5kg bottled cooking oil.

“However, we would like to clarify that the 1kg packed cooking oil is listed as a controlled item under the Domestic Trade and Consumer Affairs Ministry (KPDNHEP), ” he said in a statement on Wednesday (Jan 20)

Bottled cooking oil weighing 2kg, 3kg and 5kg is not under the list, he added.

Abdul Yunus said that the price ceiling for the 1kg packs is RM2.50 each.

“The retail sales price is influenced by the price of crude palm oil (CPO) and varies from one place to another, ” he said.

Abdul Yunus said that Perak currently produces up to 60,000 tonnes of subsidised cooking oil that is distributed throughout the state including rural areas.

He added that 24 companies have been given at least 3,003 tonnes of subsidised cooking oil a month for repacking.

Abdul Yunus said that following the current rising CPO price in the world market, there is a hike in bottled cooking oil price.

“We believe that consumers are now switching to packed cooking oil due to the price differences, which may contribute to a higher demand for packed cooking oil, ” he said, adding that the state KPDNHEP has yet to receive any complaints regarding the issue.

KPDNHEP officers, he noted, monitor the cooking oil supply daily on every level, from the manufacturers to the wholesalers and retailers.