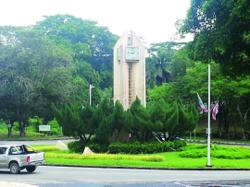 Pride and joy: The clock tower is a historical and sentimental monument in Sandakan town.

Junior Chamber International (JCI) Sandakan managed to secure the contribution from Japan’s Seiko Holdings Corp to replace the malfunctioning ones at the JCI Sandakan Clock Tower.

The clock tower near the town centre was built by JCI Sandakan with funds raised from the community in 1972.

The original British clocks of the tower malfunctioned as the years passed by and in 1983 Seiko Co Ltd donated solar battery-operated clocks as replacement.

However, the Seiko clocks also broke down several years ago and were beyond repair, JCI Sandakan said.

“The Sandakan Municipal Council had to remove the defunct clocks with its synchronised faces, leaving the tower without the clocks for a number of years, ” it said.

“Due to his efforts, Seiko agreed to donate the clocks, including bearing the shipping cost from Japan, ” it said.

However, JCI Sandakan said it had to bear local shipping cost and Customs taxes, as well as installation and adjustment costs estimated at about RM30,000.

“JCI Sandakan depends largely on financial support and we hope the business community in Sandakan will help us out, ” it said.

The clock tower is a historical and sentimental monument in Sandakan town. Besides displaying the time, it also is a prominent landscape structure. 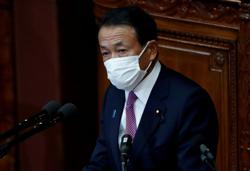